I'm so honored and grateful to be the recipient the beautiful plaque of JIDXM Friendship award 2020. 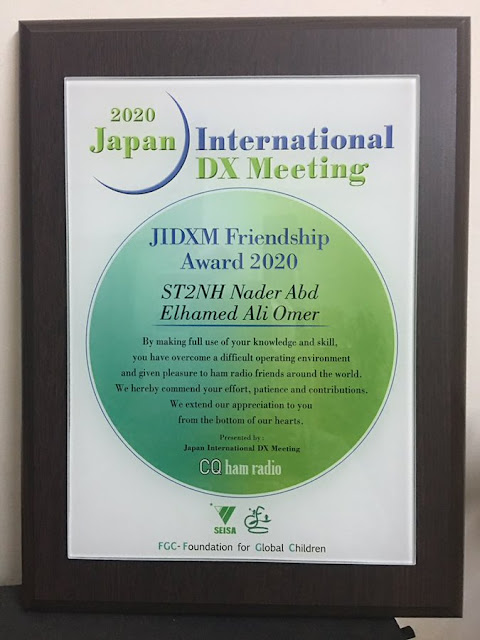 Radio amateur Professor Sir Martin Sweeting G3YJO, was the guest on the Radio 4 show The Life Scientific that was broadcast on Tuesday, April 20.

Martin Sweeting G3YJO pioneered the original SmallSats revolutions with the UOSAT-1 and UOSAT-2 spacecraft that carried amateur radio payloads and launched in the early 1980’s. They led to the founding of Surrey Satellite Technology Ltd (SSTL) of which he is Executive Chairman.

You can listen to, or download, an MP3 recording of the BBC show which mentions amateur radio and AMSAT from the BBC website at https://bbc.co.uk/programmes/m000v7pb 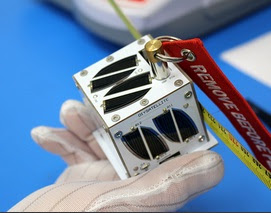 UniSat-7 received over Africa ...very strong signal through all the pass 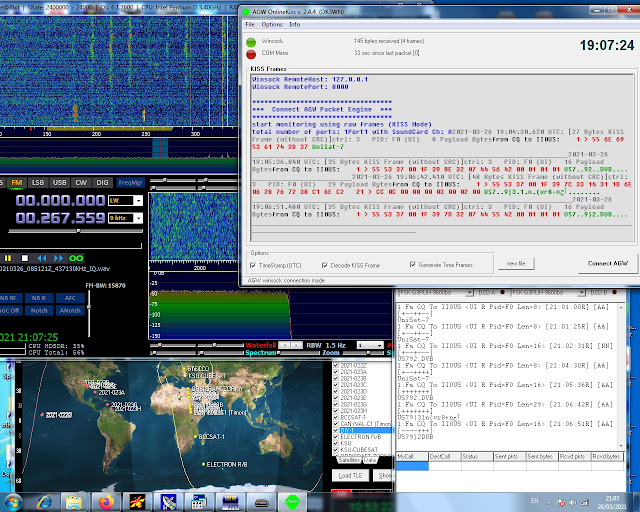 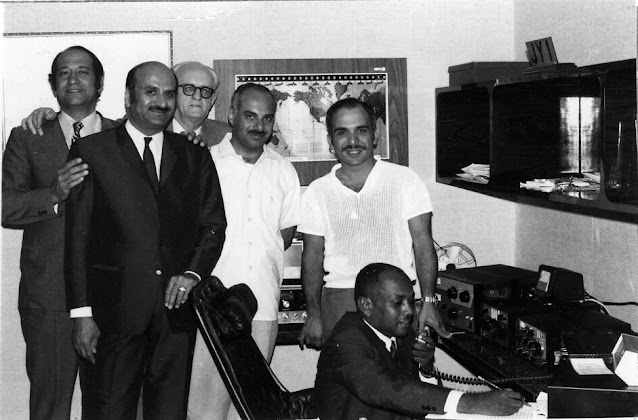 Over the weekend amateur radio tinkerers in Europe managed to decode some portions of the telemetry data broadcast by the second stage of the Falcon 9 when it's in orbit. This data was in a somewhat standard format, but decoding still required some custom tools to extract the bitstream from the signal and then some guesswork to figure out the exact format. There's still lots of unknown data, but most interestingly this gave access to the engineering cameras including one showing the interior of the liquid oxygen tank.

NOAA-2 returning from the dead 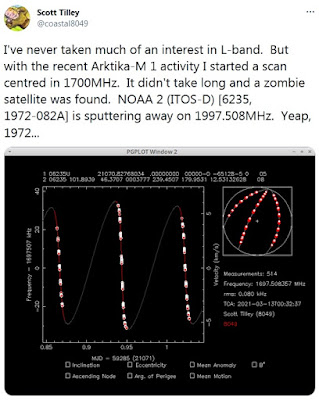 It is not too uncommon for old decommissioned satellites to start transmitting a signal again, you may be familiar with a similar phenomenon that’s happened to Transit 5B-5 or NOAA-9, and plenty other satellites. Happysat has a page on his blog documenting emissions like this, but note that it’s now out of date and the satellites shown there may no longer be active. 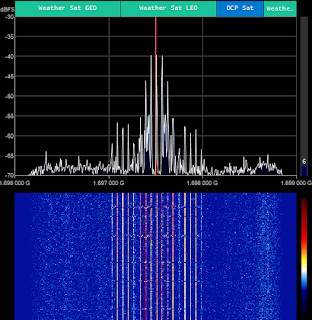 The world's best beloved real time satellite tracking system!
It was in 1992, and I was looking for new horizons in my amateur radio station. I had done it all, or almost so. Satellites were the single major frontier I had not yet explored. So I started setting up my satellite station, starting small and improving it step by step. In 1994 I reached the point where I needed directional antennas and a computer control system to keep them pointed at the satellites. There were several systems on the market for just that purpose, but they were all expensive, and most didn't perform very well. So I decided to roll my own. I designed a simple interface to connect the antenna rotator to the computer, and wrote a program that calculated the position of any desired satellite and sent the azimuth and elevation data to the interface. So far, so good. My problem was solved.

Soon later a colleague asked me for a copy of that program. Since it was still very rustic, I added a basic user interface to it, and released it as version 1.0 into the public domain. The rest, as they say, is history... Many people started using FodTrack, made suggestions for improvement, reported bugs, and I kept releasing one version after another, over 30  versions so far! Most of this development happened in the first five years; after that, the system stabilized, and since then I only occasionally add some new features. 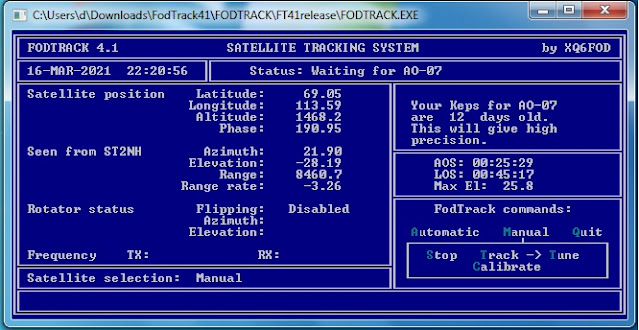 At this time, FodTrack controls both the antenna aiming, and the radio equipment, and can be run in manual or in automatic mode. It has a GPS interface for time and position setting, so that it can be used in mobile satellite stations. It is highly configurable to the requirements of each station. And what is its best liked feature, it's completely free for amateur and other non-commercial use! Only if someone uses it for profit, I would like a modest share of the money made that way!

FodTrack started as a DOS program, designed with a view towards optimal performance in DESQview, which was the best multitasking environment available when the program was first created. It also worked well in old Windows versions, as long as you configured a DOS window with direct hardware access, which is needed in order to write the special output required by the rotator interface. I used it under Windows 98 and even XP on an old main-board. Some people even used it on Linux (with DOSEMU).

More recently FodTrack was changed into a genuine Windows program, by using a Windows-based compiler and making changes necessary for this brave new USB world that has no parallel ports and often not even real COM ports. Unfortunately this meant dropping support for the original parallel-port-based FodTrack rotator interface. The look and operation of the software has been kept unchanged.

On this link you will find both the last DOS-based version of FodTrack that supports the original interface, and the current Windows version. homo ludens homepage. 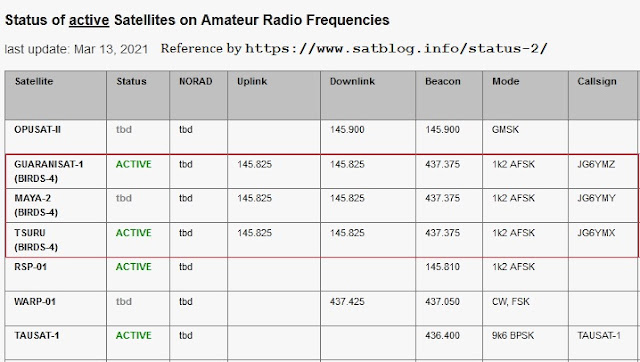