The visualisation, comprised of imagery from the geostationary satellites of EUMETSAT, NOAA and the JMA, shows an entire year of weather across the globe during 2013, with commentary from Mark Higgins, Training Officer at EUMETSAT. The satellite data layer is superimposed over NASA's 'Blue Marble Next Generation' ground maps, which change with the seasons
Posted by ST2NH at 1/30/2014 1 comment:


The “ARTSAT: Art and Satellite Project” utilizes a satellite orbiting the earth as a “medium that connects everyday life to the universe”. In the course of the project, a variety of interactive works of media art and other artworks will be created.

“ARTSAT1: INVADER(*)”, the world’s first art satellite, has been selected for a piggyback payload on the Japan Aerospace Exploration Agency’s (JAXA) H-IIA rocket. The ultrasmall 1U CubeSat, measuring only 10 x 10cm and weighing 1.5kg, is scheduled to be launched in February 2014, after which it will be traveling on a circular, polar sun-asynchronous orbit at an altitude of 407km, and with an inclination of 65 degrees.
Read more at artsat.jp

Send your name to an Asteroid Mission! 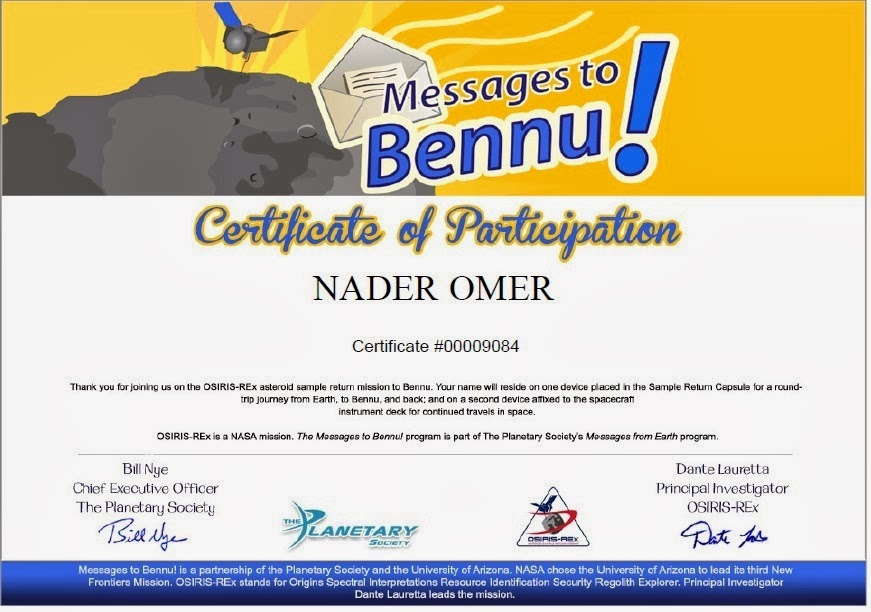